My Frugal Week - Less and More 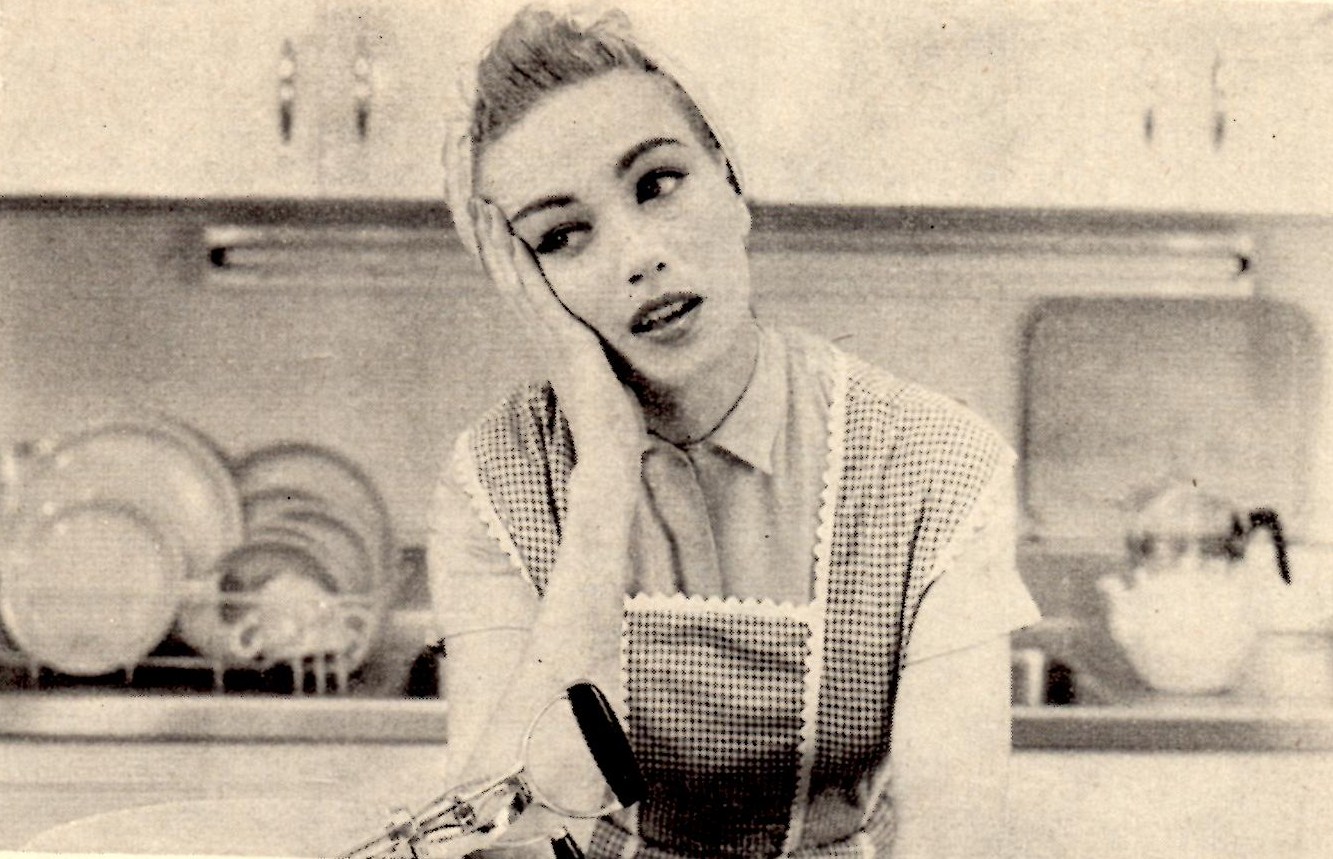 Saturday:  Made pizza for supper using some of the french bread cut into lengthwise pieces, leftover tomato sauce from the fridge and odds and ends of cheeses.  I topped with cooked Italian sausage, onion(from fridge) and peppers (freezer).

Washed a full load of clothes.

Went to work on the guest room once more.  I sorted through the flea market items and organized them.  I set aside several items to tag for the booth.

I'd planned to go to the grocery store today, but put it off.  I decided there was nothing I needed so badly it couldn't wait until grocery day.

I sorted and put away the vintage magazines.  While many will end being recycled due to their fragility and poor condition.  It's far less painful to deal with them a few at a time.  And I'll have one last chance to go over them before I get rid of them.

Spent afternoon at sewing machine.  I cut off two pairs of long pants and made them into shorts for myself. One pair of the pants were given to me, the others had been worn several years.

I sewed a rod pocket along the top of the shower curtains I'd bought to use in my bedroom.  They look so nice!  Although they are the required 1 1/2 times the width of the window, I think they would look better with a second curtain.  I'll look for two in the local stores.

I found my sewing box in terrible order.  I spent an hour or so setting it to rights.  I used a candy box I'd planned to toss to hold spools of thread.  I found a tall jar to hold all the buttons.  I corralled the hem tape and fasteners together in a zippered bag.

My dinner was leftovers.

Monday:  I made a breakfast of French Toast for John using french bread we'd bought last week.  He asked me to scramble the egg/milk mixture as a side for his breakfast plate.

Cleared out the linens in the guest closet.  I've had some of my curtains here for 20 years now.  It was more than time to sort them out.  I had quite a pile for donation, some trashed and some set aside for dog bedding come winter.  The bed in the guest room was piled high with stuff to donate.

John went out to work on the lawn mower all morning long.  The man worked 24 hours before and was now lying on the dirt trying to make the mower work.  He got it up and running once again.  As he rightly pointed out it took four hours but we saved about $2000 not having to buy a new mower.

I stretched a pound of hamburger to feed five with the addition of some 'fresh' bread crumbs, made from end pieces of loaf bread I'd put in the freezer.

Set potted plants in the rain to get watered.


Tuesday: Busy busy day for us.  We went down to pick up John's check at his workplace and made the deposit at the bank branch there.  Then we were off for him to get a haircut.  I went into the grocery next door to purchase dog/cat foods, sodas, and the turkey sausage we can't buy elsewhere.  I used cash left from last pay period's grocery funds to purchase those items.  From there to Aldi where we bought the bulk of our groceries and then home to unload, have lunch and put away the groceries.

After dinner we had Harvest. We wrote out the big check to the credit card company.  It was a very very large bill this month.  I was so happy we had all that money in the bank prior to the bill's arrival.

We went into town to mail bills, purchase gasoline for the mower.

As though we hadn't worked hard enough already, John went out to mow the lawn.  I cleaned the master bedroom, dusting the walls, fan, and blinds.  I sorted out the house clothes drawer and got it organized. I found two shirts I'd forgotten I had...then I pulled one older shirt from the closet and added to the drawer.

Took two pairs of shoes and put into the donation pile.  I tried them on once again and remembered why I never wear them right away.  By afternoon my feet are just plain stuffed into them from heel to toe.  They don't fit and aren't ever going to fit!  As a lesson to myself, I will not shop for shoes with anyone along ever again.  I let myself get talked into those two pairs of shoes and I've never once had any pleasure for the money spent.  Pure waste!

I cleaned out the trunk in my room and put several odds and ends into donation and trash piles.  I'm feeling quite satisfied with the success of my decluttering thus far.

Weary and tired, John and I pretty much collapsed after showers and  a light supper...

Wednesday:  I managed to work all morning again at decluttering.  There were idea files to go through in the craft room, paper clutter in the bedroom.

I worked so long and hard that we had sandwiches for lunch.  I cooked frozen chicken breasts in the oven while the homemade oven fries baked.  I used some wrinkly, softening potatoes to make those fries but they sure did taste good.  No one would ever guess they were old potatoes once they were cooked!

We took the afternoon off.  We'd both worked long and hard this week and needed the rest time so we could finish the week off.

Thursday:  Packed John's lunch and made him breakfast.

Washed sheets and hung to dry.  Washed a load of clothes later in the afternoon and hung the bulk of those to dry, as well.

Washed a full load of dishes in the dishwasher.

Out to run errands today.  My biggest savings?  NOT going in to look at my favorite thrift store when I dropped off the car load of donations.

I visited several stores today, all the same dollar chain, looking for two more of those cloth shower curtains I'd found last week.  I found one more.  I have a few more to visit in the areas surrounding us before I give up the search entirely.  All of the stores I visited were on my route to the thrift store.

Stopped at flea market to restock a small empty area of shelving.  I carried along a pass along plant to share with the owner, new plants from a plant I'd recently repotted.

Cleared our another cabinet this afternoon and tossed the notebooks in it.  This opened up another area of space in our home.

Friday:  Not at all in our plans today: John got an hour and half of overtime this morning.

We ate breakfast here at home.

John and I planned to go see the new grandson today.  I took along a thermal glass of ice and water and extra water as well as a few snacks.  John stopped to purchase two bananas and a favorite candy bar that we often have a hard time finding.  With the crackers I brought,  we had a nice late lunch as we started home.

Before we left home this morning, I raised the temperature of the AC to 78F.  It was so much cooler when we came in that the AC didn't come on at all. 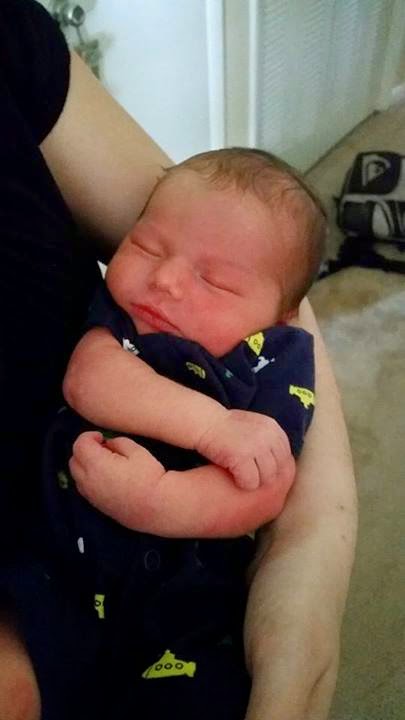 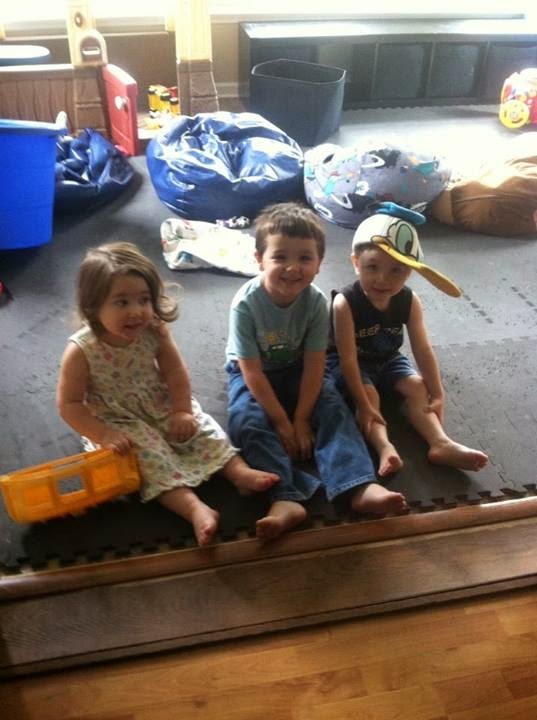 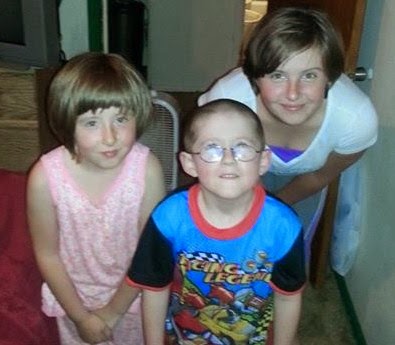 This.  This is who I think about every single day.  And there's another one on the way in July...Thank you, Lord.
at June 28, 2014
Email ThisBlogThis!Share to TwitterShare to FacebookShare to Pinterest

awww they are so sweet!!

Congratulations on your newest grandchild. He is precious! And another little one to look forward to in July...you are blessed!

Have a great week!

Oh the grandchildren are so cute! Oh, just looking at the newest one brought back so many sweet memories of bringing home ours too... look at that face!!!! :)
I often think of how many dollar stores there are in any given area anymore. Having more than one of the same chain of them is an advantage though when you are looking for an item you need more of ! Seems each dollar chain carries a different assortment of items. Some more food stuffs, cosmetics or garden things etc. Some carry DVDs and others do not. I enjoy them and sure have benefited from many items we have found there. :-) I only go when I am looking for certain things and try not to just "shop" !! That can get me into trouble as my "wisher" gets ahead of my cash!!! I end up wishing for things I can't get!
All your decluttering recently has gotten me to hoping I can part with more this time around the decluttering tasks. I certainly have files to go through too! Every time you think you have things cleared out, you turn around and realize you have only begun!! Who snuck all this stuff into our homes while we were not looking!!! LOL Sarah

The Homemaker Plans Her Week: Ch-Ch-Changes 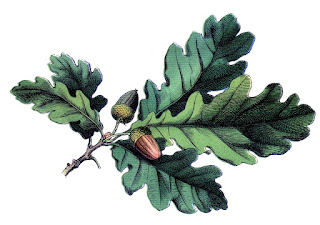