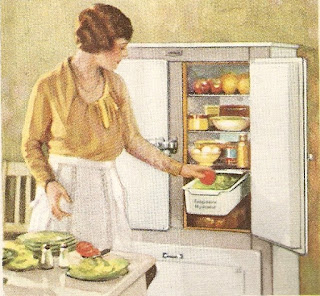 In my fridge at the start of this week:

a rather squishy whole tomato

a full bag of cherries

a bit of rice with Stroganoff on top

1 container of Cottage Cheese we need to use NOW

Saturday:  Served pizza to the children.  They also ate the last of the grapes, some plums and a peach.  I opened Marinara to use to make their pizza.  I put the leftover marinara in the fridge.

For the adults lunch I used a portion of the Chicken breast and some aged Gouda that was hard and sharp to make a Buffalo Chicken Pizza.   There were leftovers of both pizzas to put in the fridge after lunch.

John and I ate the Stroganoff over rice and 1/4 pan of mac and cheese for our suppers.

Sunday:  I used a peach to make Oatmeal for breakfast.

Had Fried Chicken, Collard Greens leftover from our lunch went back into the fridge.   The pan of Mac and Cheese was also used as a side and leftovers were put into small pie pans and put into the freezer for future sides or main dish for the two of us.

For my supper, I ate the last pieces of Buffalo Chicken Pizza.  John opted out of pizza and asked for a sandwich.

Monday: John made breakfast and fried the Spam to go with our eggs and toast.  It was a bigger breakfast than I wanted.

Coming home from working in the yard at the town house, we were both tired and needed to rehydrate.  I opted to reheat the chicken and dumplings.  John had felt it was too thin.  I added the last of the chicken breast, green beans and green peas to a quart of the Dumplings and then cut up more flour tortillas.  This thickened the soup enough to suit John.  It also meant that after we'd each eaten a big bowl, there was 1 quart of leftovers all over again.  I gave Katie a pint to have for her lunch at some point this week.   John and I will no doubt have this again for lunch this week.

For supper tonight, I took the carton of cottage cheese and the last of a bag of cheese ravioli from the freezer, along with the jar of marinara and some shredded mozzarella to make a crock pot of Ravioli Lasagna.  We had a lot of leftovers.  I put a 2 quart casserole into the freezer to have as a meal later in the month.

Tuesday:  I reheated three of the boiled eggs for our breakfast this morning and served it with toasted Banana Bread.

I took the fourth egg at lunch time and mixed up tuna salad.  I made tuna melts for John and I.  I sliced the half tomato and used that to top the sandwiches.   For Caleb I mixed the last spoon of tuna salad with 1/2 mashed avocado and spread that on lightly toasted bread for his lunch.  He also had a cubed pear half and a portion of diced tomato.  He ate every single bite.

Even though I planned meals this week, I had a small epiphany this morning as I stood before the fridge.  I was trying to determine what sort of chicken meal I might make tomorrow night.  There is a bag of leftover Fried Chicken...Why am I planning to thaw chicken to make a whole new dish?  I will make a menu up to have with that chicken.  If we have leftovers following that meal then I shall probably serve those for lunch.  And I'll just save that other chicken based meal for further on in the week or weekend.

Wednesday:  I think I also forgot to add the quart jar of strawberries in the fridge to my list of gathered fragments, sigh.  I seem to be getting behind-er and behind-er as I go.

Took our hot dogs to have for lunch and then I spied the two burger patties on the shelf.  I sniffed to make sure they were still good and they were.  Into a frying pan and those became lunch for John and I.  Caleb ate a hot dog, cut up in little pieces, half a flour tortilla and half an avocado.

Katie was here because her computer decided to update right in the middle of training for the new job.  She was sitting at my desk using the computer and asked if she might have some of last night's Mongolian Beef and Rice for her lunch.   She had that, a few leftover garlic green beans and went back for seconds of the beef which she wrapped in a flour tortilla and ate with green onion on top.

For tonight's supper we're having leftover fried chicken with Potato Salad and some other side dish to be determined.   I have leftover potato salad, something John likes to eat cold.  Me, not so much.  After the initial serving of that particular dish, I'm done with it.  I just remembered a jar of Strawberries is somewhere in the fridge...Oh gracious!

Took the two rather squishy tomatoes and made tomato jam for the black eye peas.  This is also good on a biscuit.  Mine however, charred.  I salvaged what I could for the peas on my plate and had to scrape the rest into the trash.  Second pan today that has required the baking soda and boiling water treatment to remove burnt on foods, sigh.

Made a pan of brownies using the brownie mix I made up a month or two ago.  I think I have enough to make one more pan after this.  I'll definitely mix more of that up as it's quite good!

Thursday:  I served some of the biscuit leftovers from our supper last night as breakfast this morning.  I still have biscuits but I think it's safe to assume they'll be eaten.  I don't think I've ever in my life had to toss a biscuit out.

For Caleb's breakfast, I cut up a peach muffin, some cheese, and a few orange slices.   John and I ate the last of the orange with our breakfast.

Lunch:  The last of the Chicken and Dumplings for John and I which I stretched with a few more tortilla and a spoonful of bouillon powder stirred into a cup of water.  Caleb, John and I all ate the last plums.  I had one go bad and put that in the compost.

Caleb's meal was plum, pickled beets, Chicken Vienna sausages and Gold Fish crackers.  He ate all but two slivers of the beets.

For supper, I am going out to church.  Caleb had a diced hot dog, half a tortilla cut into strips, and heavens help me I can't remember what I gave him as fruit or vegetable for that meal but he did have both.   John apparently ate hot dogs after I left for the women's meeting at church.  Wish I'd remembered to set out the potato salad for him but I didn't and so there it sits in the fridge yet.

Friday:  Caleb had what I call dry kibble for his breakfast.  I served him dry cereal (he drinks his milk from a cup) and a cut up fruit bar and some vegetable and berry yogurt bites that are freeze dried.  He enjoyed his meal enough to clean his plate.  I had leftover biscuits with cheese toasted on them and John I've no idea.  He was gone by the time I arose, volunteering today at church.

For lunch, Caleb had a cheese quesadilla, 1/2 of a sliced ripe avocado and some diced tomato  and pear.  That finishes off the last of the tortillas, tomato and canned pear halves.   I had meant to offer him strawberries but the jar of berries was no good.  Into the compost with those, doggone it!  I won't be buying more strawberries.  They are long out of season for our state and Florida as well.   What we buy now is mostly shipped in from California and doesn't keep well, though I must admit this waste is more my fault than the food's fault.   I bought those two weeks ago.  I should have used them by now.

I've no idea what might be for supper.  I won't get to prepare either of the two new to me recipes I'd meant to attempt this week and I'm too tired to think too hard on evening meal at the moment.  I have two baked chicken breasts and I've put two squash (acorn and butternut) into the slow cooker to slow bake.  If they are ready at suppertime,  great.  If not, they'll be used at some point next week.

at July 30, 2021
Email ThisBlogThis!Share to TwitterShare to FacebookShare to Pinterest 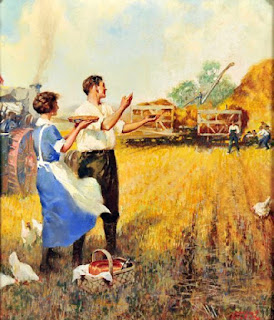